Wolf Ears are an item that can be found at every Great Wolf Lodge. They are the Lodge's signature item and come in many varieties. They are a headband that guests can put on their heads. Guests get as many Wolf Ears as the amount of guests they booked for. They are made of a soft cotton exterior and a plastic interior. They were introduced in 2010 originally as a promotional item given to guests who ate at one of the lodge's restaurants. 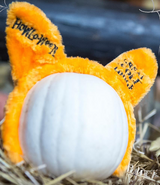 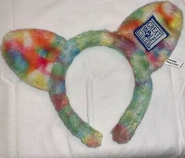 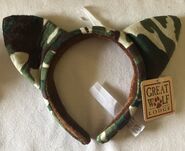