Current Logo (2022-Present)
Great Wolf Lodge is a chain of indoor water park resorts aimed at families located in the United States and Canada. There are currently 19 Great Wolf Lodges across the U.S and Canada.

Great Wolf Resorts Inc. was located in Madison, Wisconsin until 2017 when it moved it's headquarters to Chicago, Illinois.

Great Wolf Lodge began as a small indoor water park resort in Wisconsin Dells, Wisconsin called Black Wolf Lodge. It was founded by Jack and Andrew Waterman who also founded the Noah's Ark Water Park in the same area back in 1977. The first Great Wolf Lodge opened in May 1997 with 117 suites and a 20,000 sq ft indoor waterpark.

By 1999, the two brothers sold the resort to a corporation called The Great Lakes Companies Inc. As a result, the Dells location started to expand its indoor water park facilities as well as build on more guest rooms. In 2000, the resort's name was changed to Great Wolf Lodge. In 2001, a second location opened in Sandusky, Ohio which was originally called Great Bear Lodge. After that, the company started to expand into different areas of the United States (primarily around the Midwest) as well as other states located up north on the east coast.

By 2004, Great Wolf Resorts became its own separate firm from The Great Lakes Companies as a publicly traded company going by WOLF on NASDAQ. That same year, the company signed a 10 year contract with Ripley Entertainment to open a location in Niagara Falls, Ontario, Canada which expanded the company's operations outside the United States. They also opened Blue Harbor Resort in Sheboygan, Wisconsin which the company continued operating until 2011. Around 2008, Great Wolf Resorts made an agreement with Creative Kingdoms and started installing a new interactive game called MagiQuest. In 2010, they purchased Creative Kingdoms entirely. This enabled the company to install the game more cheaply at their resorts and experiment with their technology.

In March of 2012, Apollo Global Management acquired Great Wolf Resorts for $703 million. This was the result of Great Wolf's financial problems as a publicly traded company as they weren't able to turn a profit since the formation of the company in 2004. As a result of this acquisition, Great Wolf Resorts became a privately traded company which it remains to this day. During this time, only one new resort opened: Fitchburg, Massachusetts.

Under Centerbridge and Blackstone (2015-Present)

In March 2015, Centerbridge Partners acquired Great Wolf Resorts from Apollo for $1.35 billion. Since this acquisition, many new locations have been built primarily on the west coast of the United States. In September 2019, another firm by the name of Blackstone Group agreed to purchase 65% controlling interest in a joint venture worth $2.9 billion between them and Centerbridge to own the company. In early 2020, the company had to temporarily close all locations due to the COVID-19 pandemic but later on in the year started reopening with restrictions put into effect including the use of masks (besides the waterpark) and social distancing. Some locations have remained closed though. The company continues to have interests in expansion to other places both in the US and worldwide. 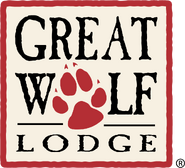 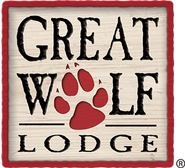 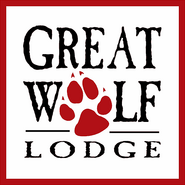