What's on your mind?

Maybe it’s just me but the great wolf lodge online shop doesn’t work and it won’t let me go to it. Also side note what happened to great wolf wild racing app? Why was it deleted from the App Store?

I am so super livid that great wolf lodge is not coming to El Paso Texas whose with me!?

This is gonna be long, but I know Duskcoon is one of the administrators for MagiQuest Wiki. I got banned a couple months ago due to my confusion of GWL Poconos MagiQuest being legacy or 2.0. I got banned and it made me cry. I was able to provide valuable information for the Great Wolf Lodge Wiki, and I am now nice compared to who I was before. I can't ban evade because it isn't very nice. I am trying to flag an awful page on the MQ Wiki for deletion. But I can't because i'm banned and it makes me angry that nobody is seeing it and deleting it. I am the only one that sees it and nobody is flagging it. Duskcoon if you are reading this, I have changed myself for the better and I don't spam garbage anymore. I am now a Magi and I can show my true colors! All you need to do is unban me. Please? I am sorry for spamming. I don't spam anymore as it's stupid and immature. I regret doing it and I can never help you keep MagiQuest growing. I am a fan of the game is it makes my blood boil that I can't talk to MagiQuest fans as I've been banned on discord and r/MagiQuest and I didn't even play the game at the time. I play the game now and I can't talk online about it. Especially when we are all in our houses right now. I am a very social person and I have autism. Does this fandom disrespect me for that? I swear if I get banned because of this post I'm done. Duskcoon. can you please unban me?

Edit: If you are curious to what terrible wiki page i'm talking about, it's awful and cringe here you go: Man give the people and kids give magic wand and the book called Ancient Book of Wisdom for 29.99 cents at MagiQuest at Great Wolf Lodge. MagiQuest power to hunger to evil Dragon named Charlock and Nick Disney Zaruba over Great Wolf Lodge and take over Great Wolf Lodge forever and Nicodemus Zaruba to be evil. (Seriously this is really awful how am I the only one that's banned notices this trash?)

Which version of MagiQuest do you like? Legacy in older lodges, or 2.0 for the newer lodges?

What slides should it have?

I wonder if there's any chance Great Wolf would buy the now defunct Fort Rapids waterpark in Columbus (although it would make 3 Ohio lodges) If you don't know what Fort Rapids is, here's a vid of it: https://www.youtube.com/watch?v=pdBlGVRR0kw&t=898s 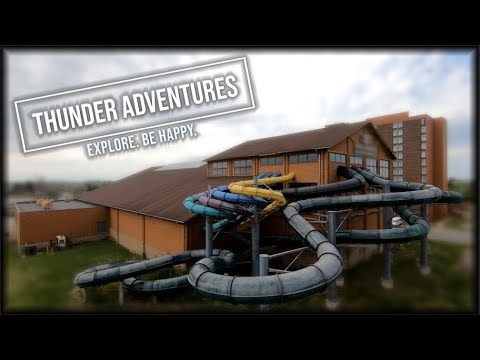 Can a great wolf lodge be planned for Columbus Ohio can it buy the former fort rapids indoor waterpark resort and can the bigger slides be mountain edge raceway rapid racer howlin tornado and river canyon run!!?

A slight rant on the "new" character walk arounds. Who the heck approved them? They're all weird looking. Wiley looks like he's 8 feet talll, Violet looks like her head's made of paper mache, and Oliver/Brinley are all lopsided looking. At least the older ones (and even the pre-09 ones to an extent) looked like real characters. These are flat looking and clearly fake

This whole virus thing has me worried about the future of Great Wolf Lodge and the travel/hospitality industry in general. I fear things won't ever recover.

The name is becoming an Artifact Title, the newer resorts aren't really lodges at all. Ever since the hiatus on building locations due to their near-bankruptcy (not quite Chapter 11, but they did have to sell off Blue Harbor) the new locations are barely lodges at all, they look more like Holiday Inns with waterparks. I've been to 2 lodges, Mason and Georgia. Mason is thriving with life with several waterslides, great theming and a nice lobby, Georgia on the other hand looks generic and looks as if that lodge was taken over by humans and made more "business friendly" (oof that's dark), as a result, the lobby is only 1 story tall, MagiQuest is only 1 story tall, waterslides only go outside except for the kiddie slides and no animatronic shows (which is kinda not a coincidence since Apollo who owns GWL also owns Chuck E. Cheese's which is losing fans over the age of 8 that have no interest in skee-ball due to the removal of the animatronics). I like GWL's own pizza vs Pizza Hut's pizza but they hypocritically changed out Bear Paw for Ben & Jerry's (which was involved in several political controversies). I preferred when GWL saved money by just using the same layout (Niagara, Poconos and Mason) instead of cardboard boxes.

It's Wiley The Wolf's Birthday!

Merry Christmas everyone! If you aren't celebrating Christmas though, Happy Holidays anyways!

So recently I managed to get the discussions feature enabled thanks to the support team at FANDOM. Here we can discuss things that are on our mind especially when it comes to the topic of Great Wolf Lodge. I hope this feature becomes very active and make our community grow and prosper some more. Anyways, thanks for reading!